I'm back with the tutorial on our nursery's accent wall. 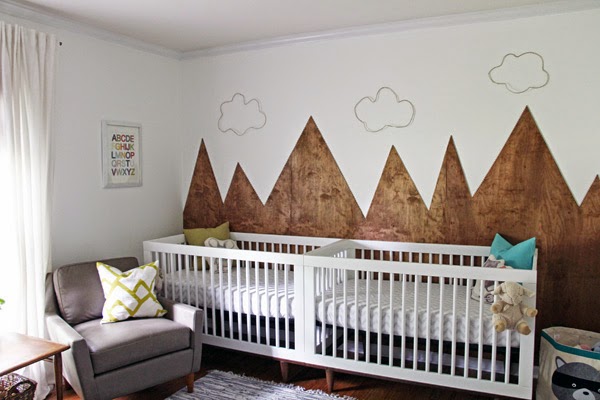 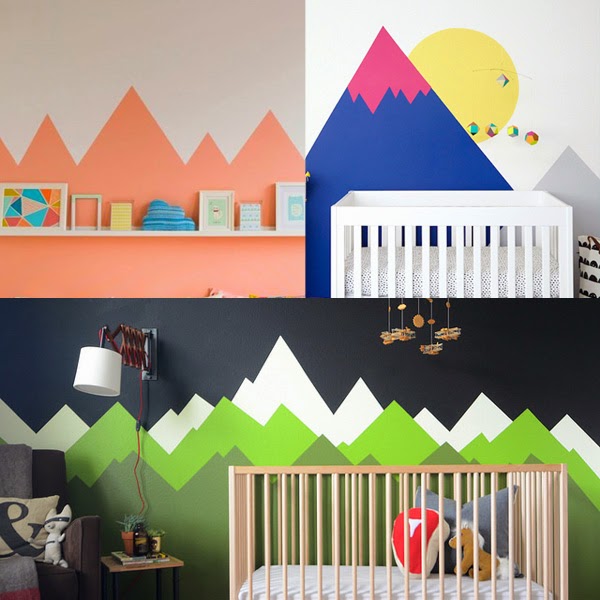 Apparently, the painted mountain mural has become a thing lately.  I liked the idea of painting the mountains but I also wanted something a little different.  So, my idea of using 1/4" thick plywood and attaching it to the wall was born.

We started by laying out our pieces of plywood side by side as they would be when mounted on the wall. 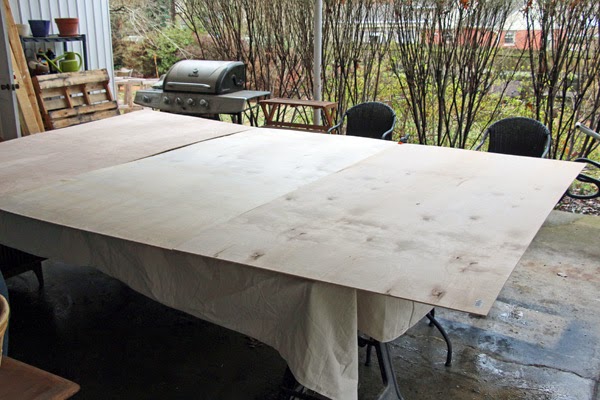 I used some scrap pieces of wood as a visual guide for where to tape off my peaks and valleys and used painter's tape to map out my design. 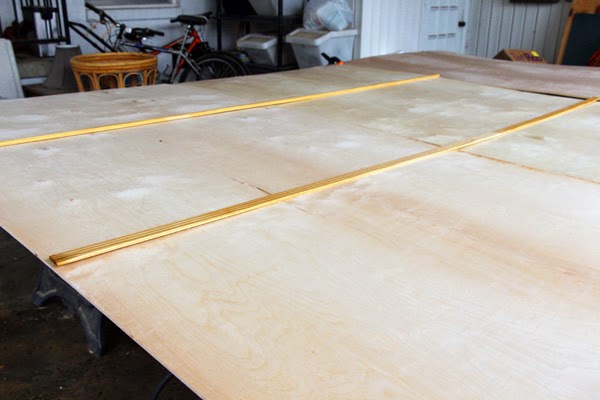 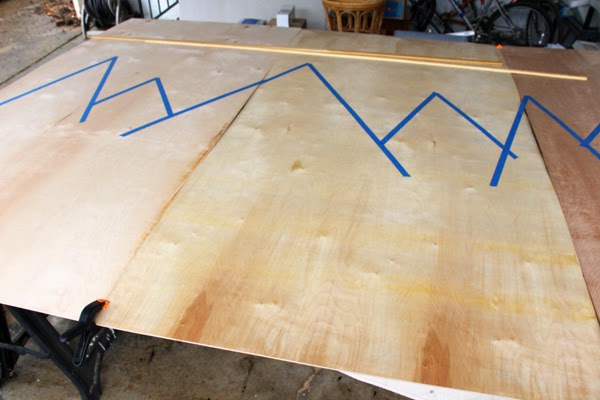 I just stepped back and played with it as I went.  I tried to alternate higher peaks with lower peaks and wider based mountains with more narrow ones. 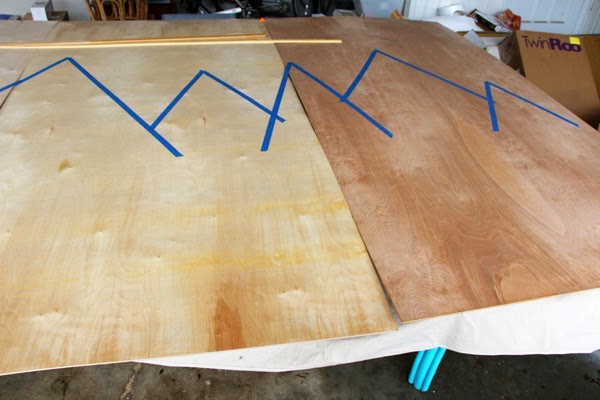 *TIP: Get plywood pieces that are the same base color (i.e. NOT what is pictured above).  It will make your life easier when trying to get a uniform look with stain later.

After I was satisfied with my design, I used a pencil to trace it out.  I just carefully followed along the inner line of the painters tape and found that I didn't need a straight edge. 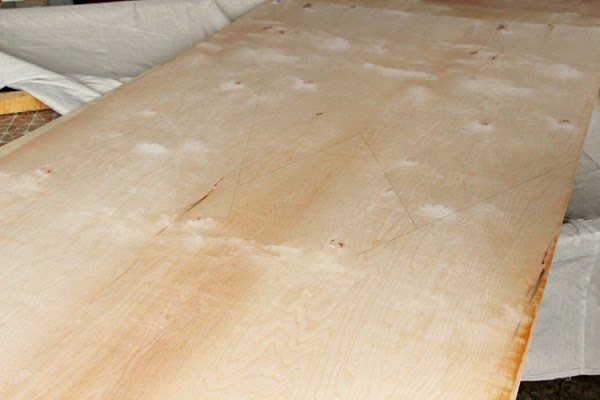 It is probably difficult to see, but the board above has been marked with pencil.  We removed the painter's tape and Seth used our jigsaw to carefully cut out the design on all three boards.

Before moving them into the house for installation, he applied stain to the cut edges.  We figured it would be easier to do this now versus after installation so that we could avoid getting stain all over our wall.

Then, we simply mounted them up piece by piece using our countersink drill bit and screws. 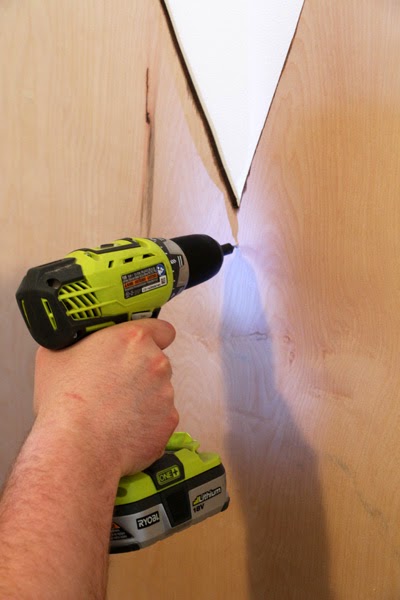 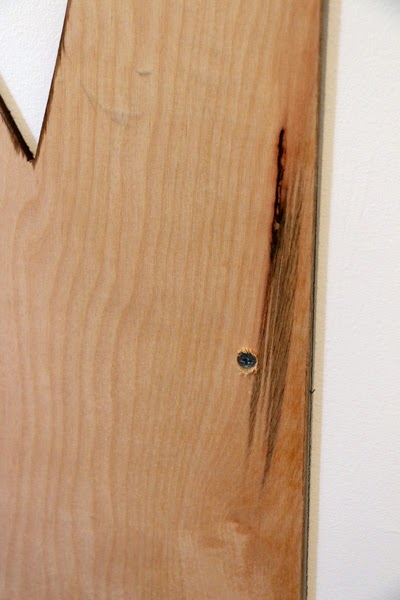 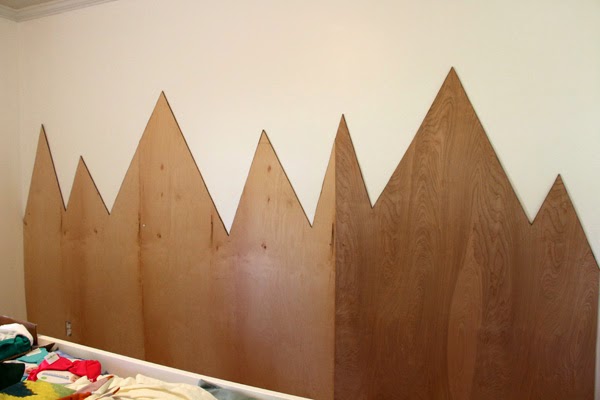 Next, Seth sanded the holes smooth, applied wood filler, waited for it to dry, and then sanded it down.  I believe he also did a second round of wood filler and sanding (it often shrinks down when it dried and requires a second application) before moving on to staining.

I chose Minwax's Special Walnut stain for him to use.  He applied it in sections, wiping the excess away before it dried completely.  He did one full coat of it and then applied two coats of Acrylacq in a satin finish.

I don't have any progress pictures since I was banned from the room during staining and sealing.  Seth left the window open and used a fan to pull the fumes from the room and direct them outside. 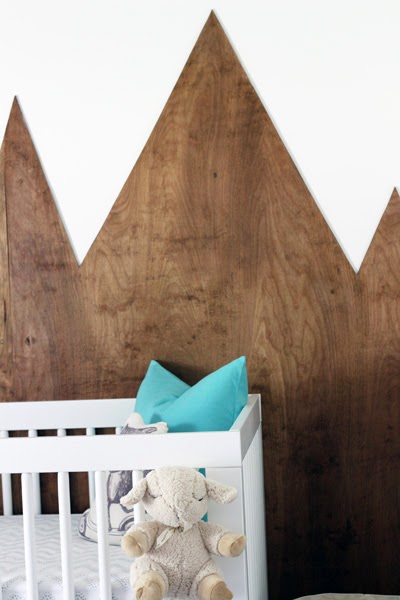 As for the clouds, I mostly followed this tutorial.  I used this wrapped wire from Jo-Ann's.  After forming my clouds, I used a small piece of masking tape to hold the ends together before spray painting them gold. 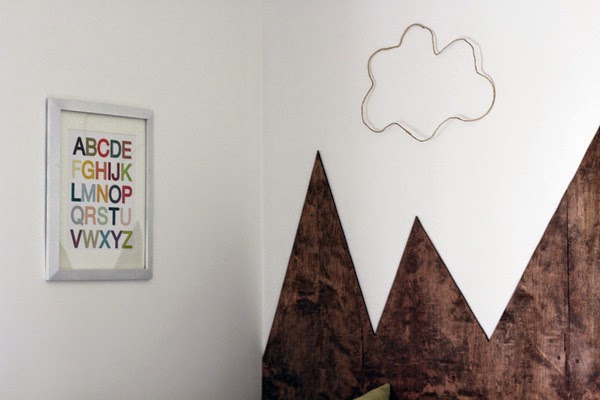 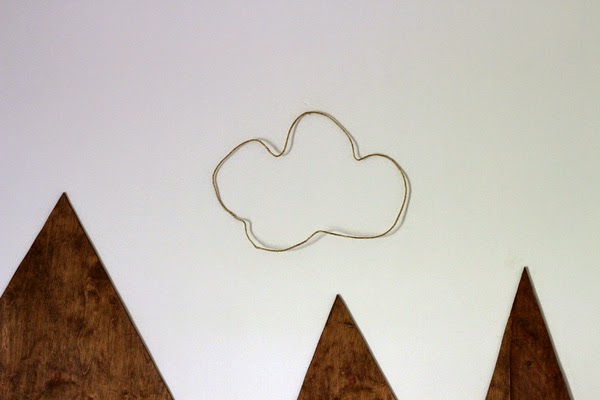 We used small finishing nails to hang the clouds. 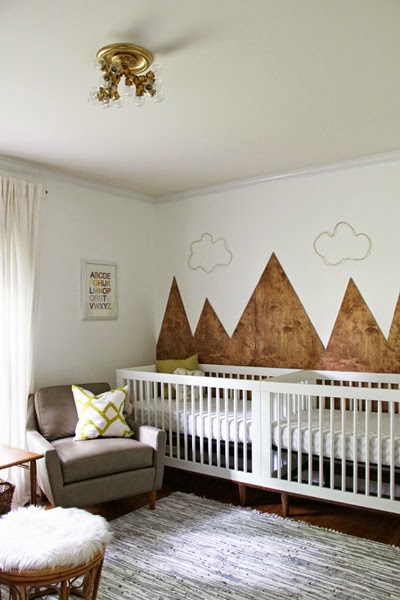 I really love how the mountain wall turned out.  It brings in that natural, rustic, outdoorsy feel that I was hoping for. 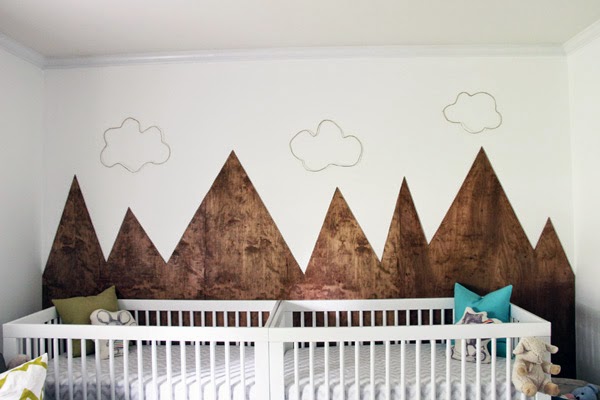